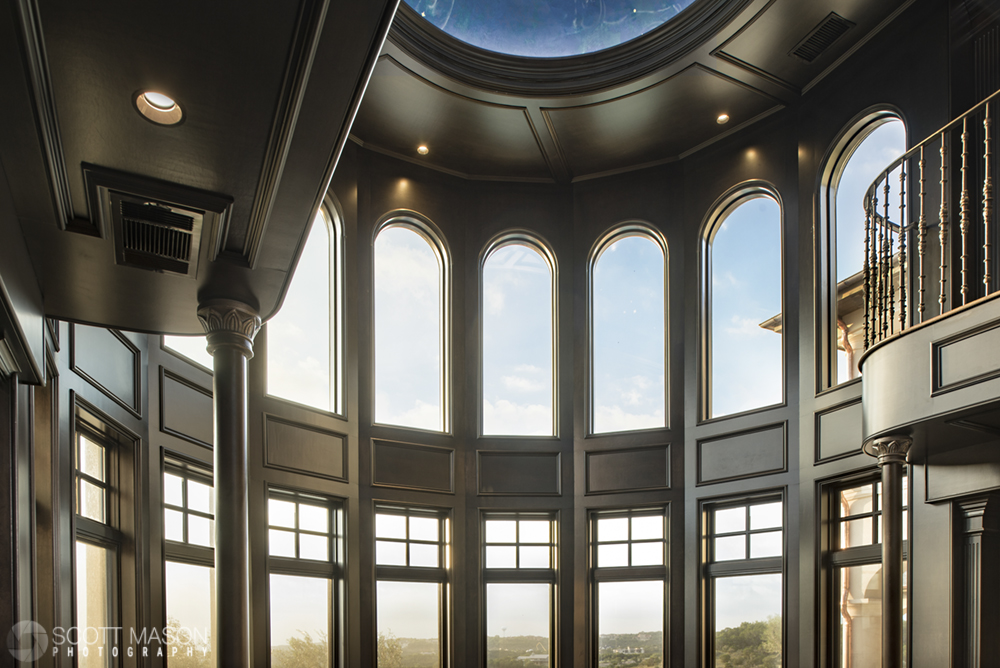 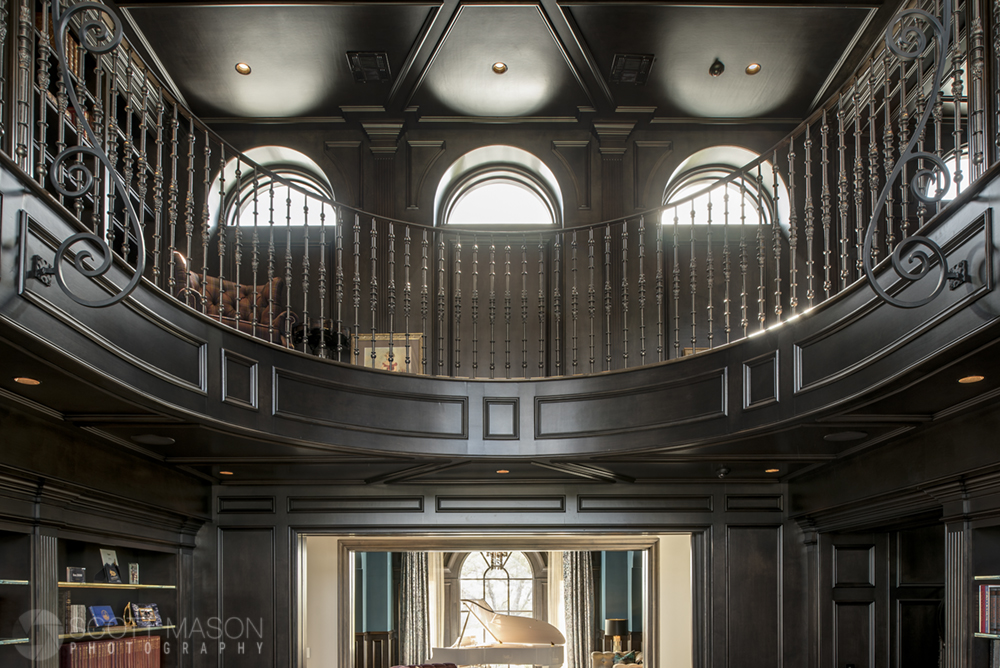 This summer I was contacted by a national lighting company photograph a large-scale lighting installation in an Austin residence. The images were to be used in their web site/catalog for marketing purposes.

The client and I spent an afternoon scouting the home, which was still under construction at the time. I took notes and tries to gather important information on which lights I should be focusing on.

When the first day of the shoot came, I arrived before sunrise to capture golden light coming over the hills, in through the bathroom window. The client’s lights were adjustable to color temperature and since they were set to warm, the sunlight was timed to reciprocate the warm yellow rays you see coming through the window. 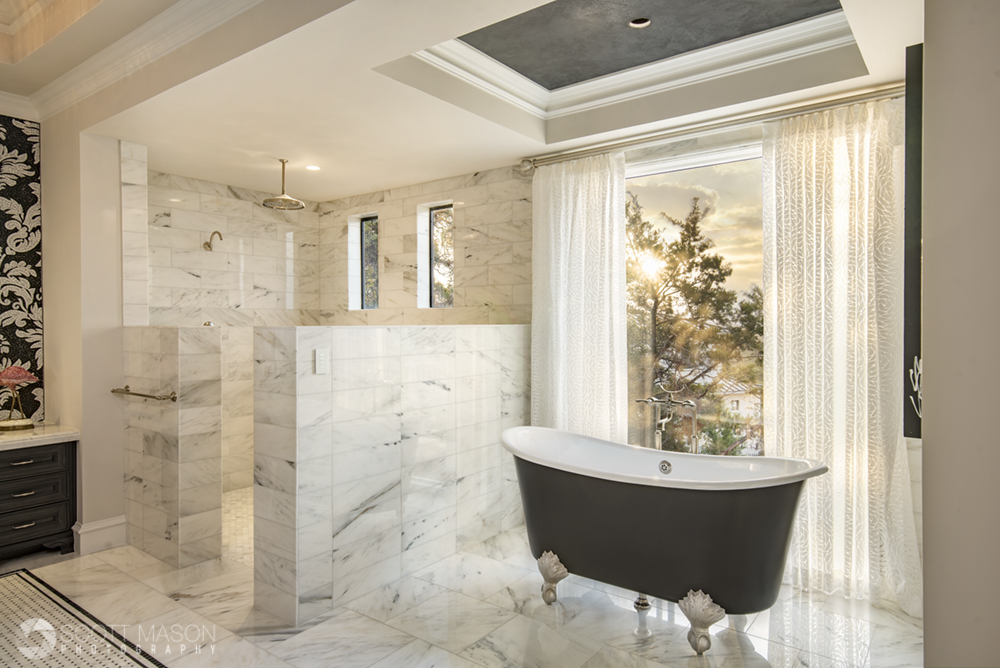 Before moving on I captured one more view showing the open bathing area (below). The view outside of the window was blank so I pulled a more interesting landscape from a different photo facing the same direction and placed in via Photoshop. 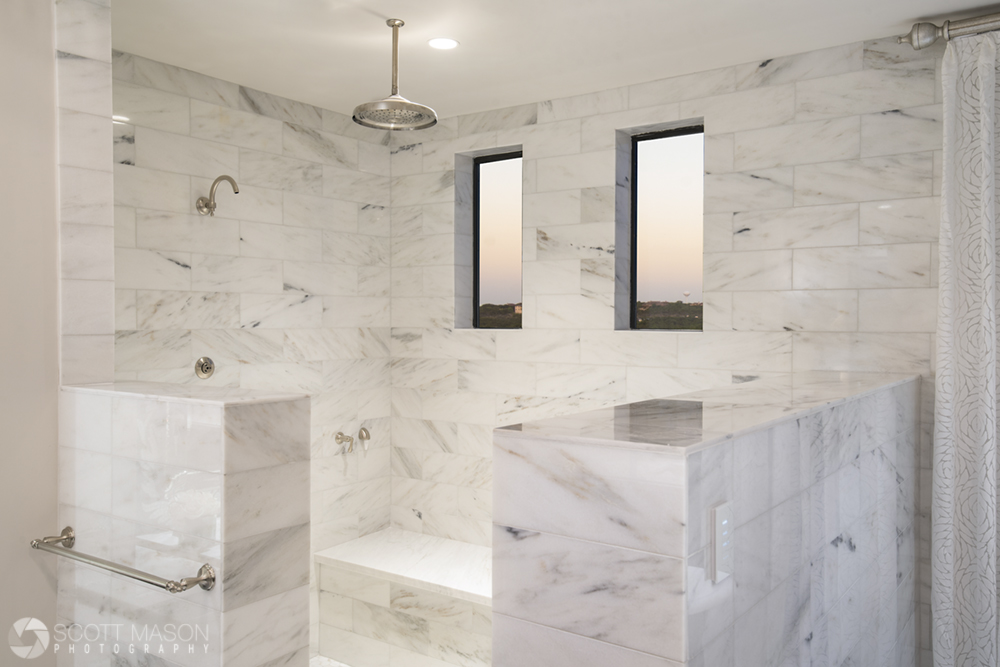 I rushed to the kitchen while I still had some of that nice morning light and captured the following angle which we had picked out the day before. Light was starting to come in, which was no issue since I had a pair of powerful B1 strobes with me. The light from the portable B1 strobes balanced out any stray light coming into the scene. The image below is a composite of 10 layers of exposure blended together. this was a large space in which my CamRanger came very in handy for having remote control of the exposure. 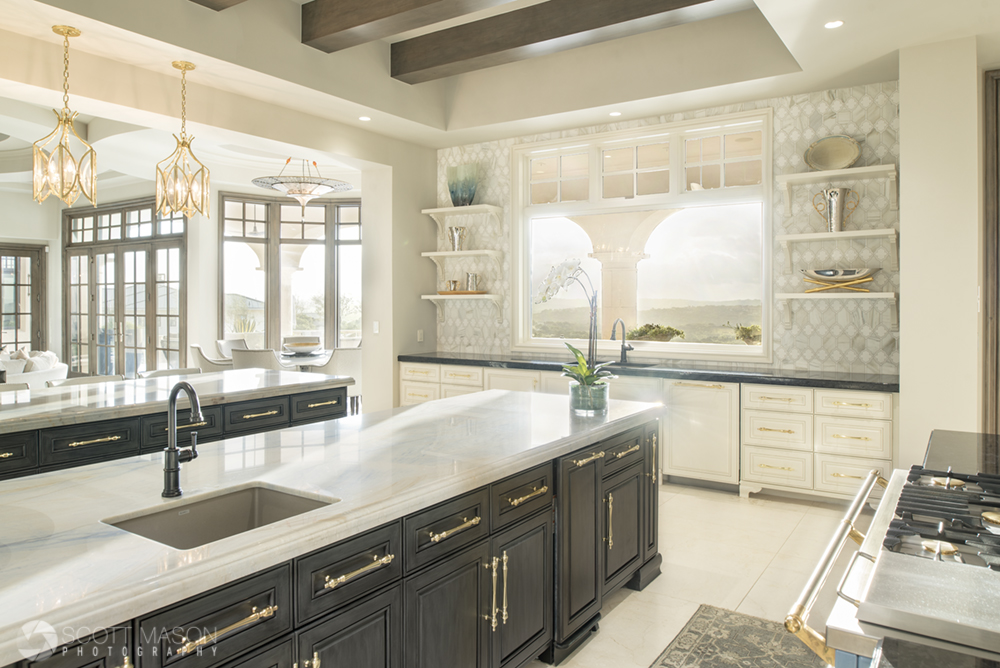 I moved on and captured a few guest rooms, of which my favorite was the one below. 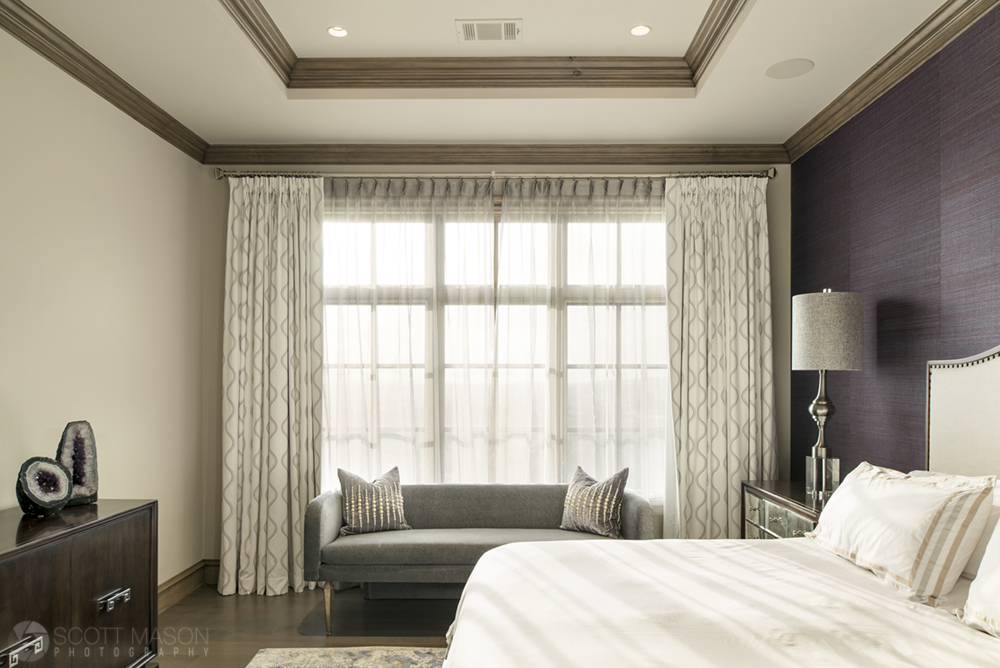 The library in this home (below) was one-of-a-kind. The dark wood in this room (and theater) was the reason I used B1 lights on this shoot – they were powerful enough to light up even a room like this which tends to suck in light.

To switch it up a bit, below you’ll see an image from the home theater which we took on our scouting day. This was taken with several different color settings, purple being my favorite. The client ordered several variations of this image. 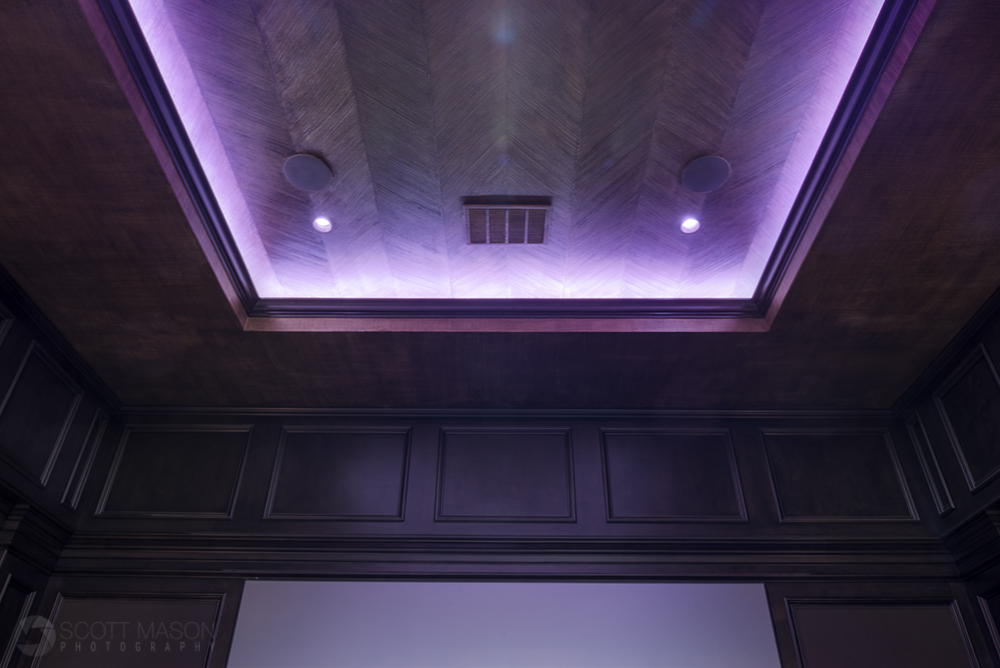 Visit our Residential Portfolio to see more work like this.