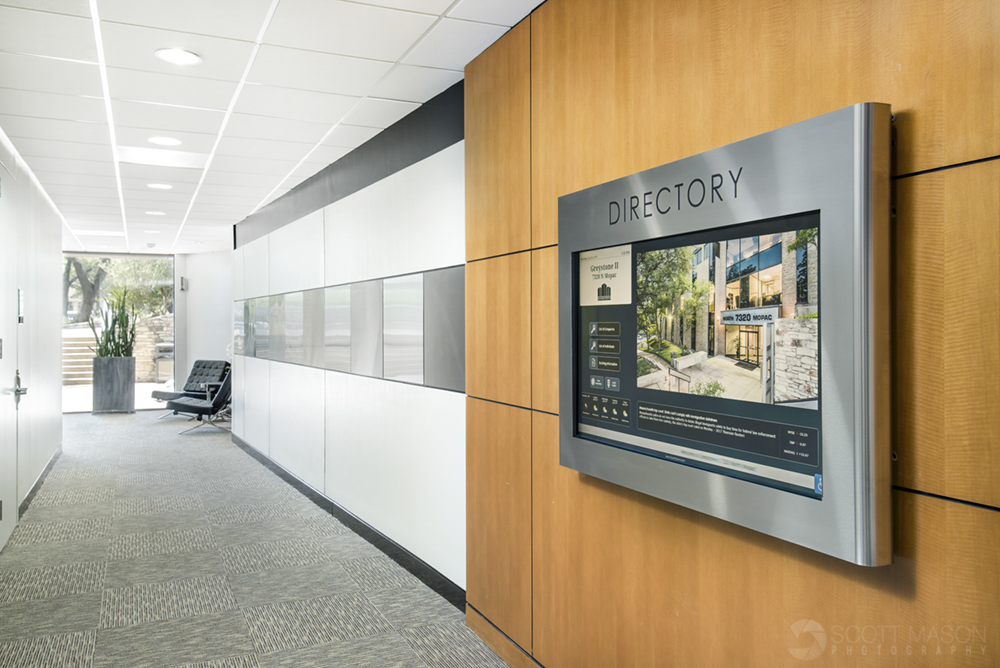 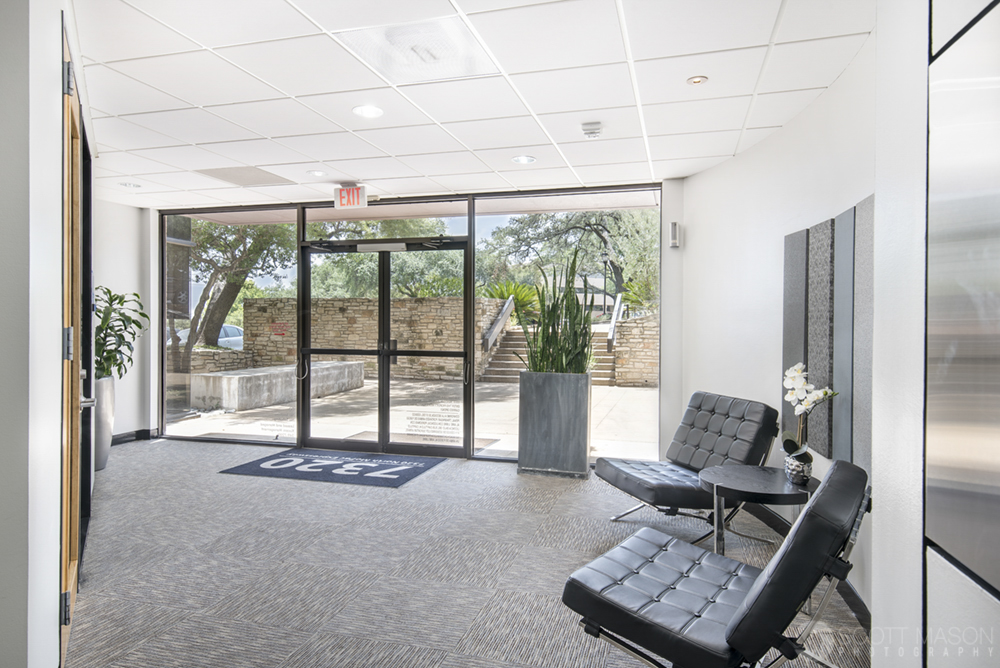 I recently had the pleasure of photographing interior architecture in North Austin for a commercial real estate client of mine. One of the properties they manage had recently redone their interior so they had me go in and capture the new look of the space for them.

Greystone II is a bustling office building, so I was able to gain access during the day to capture the lobby. Clearly some very nice improvements had been made, not only to both entrances but to the hall itself.  I started with both entrances, after setting up my CamRanger I started framing the lobby. 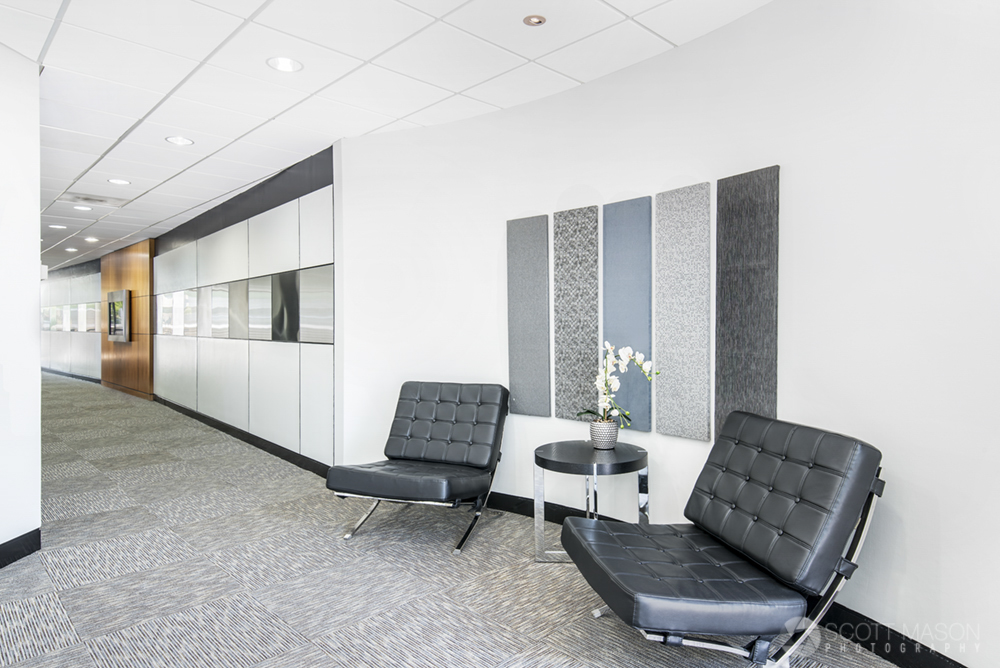 Showing both a landing and hallway

For the next image, I wanted to show a bit of the outside but keep the interior updates the main focus. While some photographers opt to “blow out” windows, I think it comes down to not just a stylistic choice but also what you (or your client) wants to convey – are the surroundings beautiful? If so, you might consider exposing for the outside as well.

A nice view of the lobby and windows to the entrance.

Hey look, one of my images is on display here!

Of course, without a powerful flash to balance out the darker areas of the hallway this image would not have turned out as it did.  I used several flash pops and had to try several different angles on the metal directory display in order to minimize glare. This may have been the first time I’ve ever photographed a photo of a photo of mine (see inside directory). 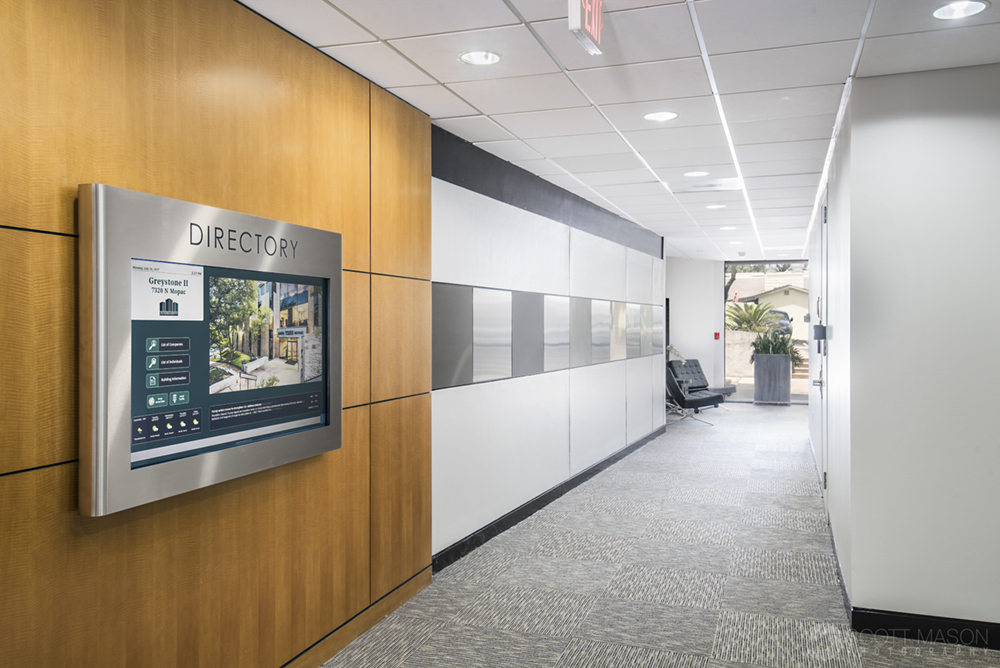 The same hallway, looking back toward the other entrance.

Last but not least we have an image I took to try and capture the entirety of a vacant space all in one shot. It might not be the sexiest image, but even vacant spaces demand attention to detail and care with editing, composition etc. I used my portable light to make sure the walls turned out a nice hygienic white. 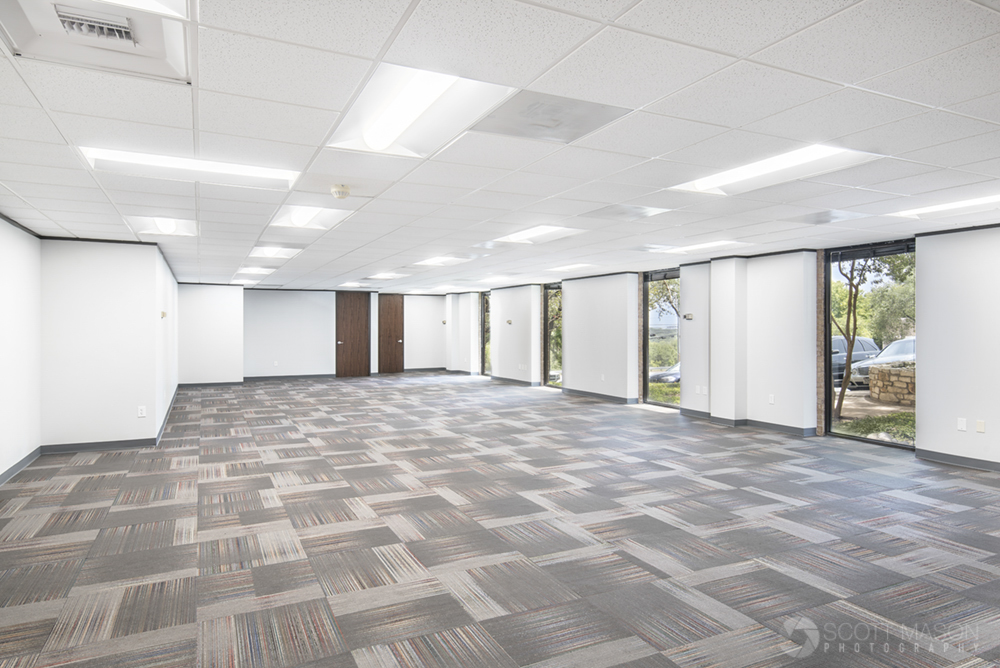 Gotta make every space look good, occupied or not.

Thanks for your interest in this project. If you’re interested in potentially using us for commercial office photography or otherwise, you can click here to reach out for a quote on services.