Latinworks is an advertising agency based in Austin.  This assignment was a bit different than my typical shoot – instead of being focused on capturing interiors, it was to be of a more editorial nature.  This means including people in the images, which ended up being willing Latinwork employees.  I started with an opening image of their company sign by the front desk.  I guided one of the employees to walk by, which took several attempts to get the right timing and amount of blur. 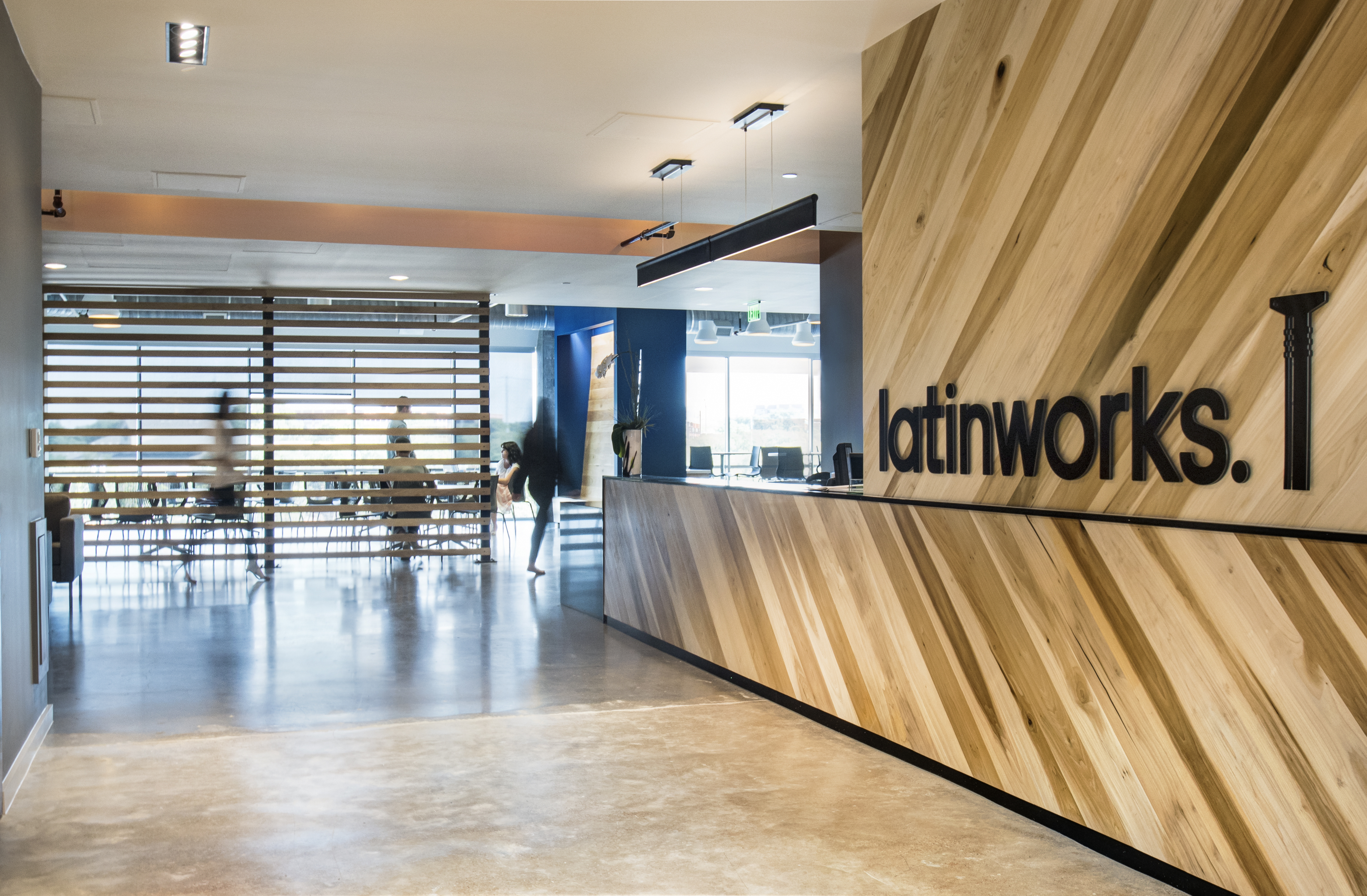 This can be a tricky shot, since the camera shutter must be on a timer for longer exposures like this.

This was a composite, which took several hours to complete in post process. We tried several setups and positions of the employees which I later blended into the scene. 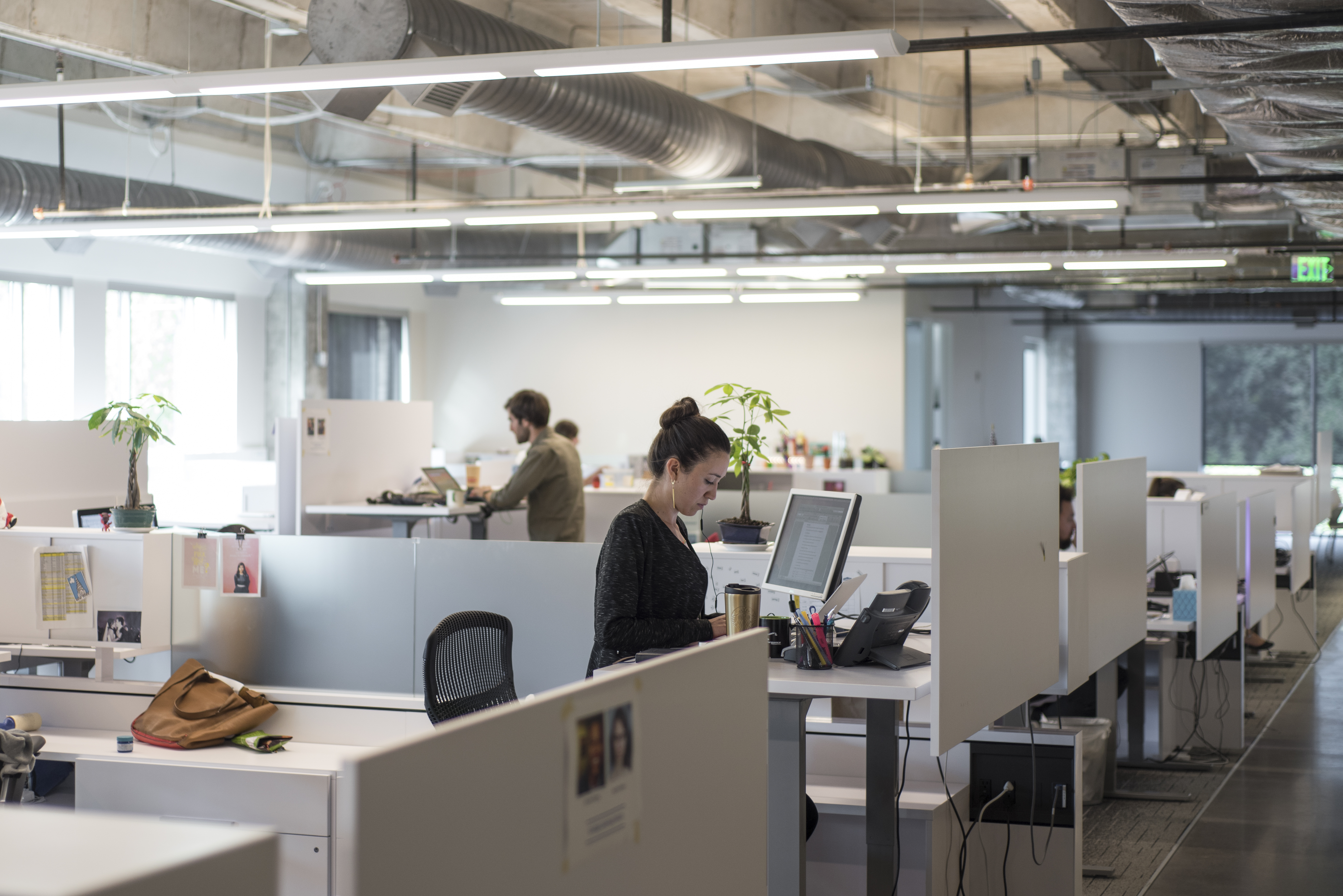 The client wanted an image of the work space, which I captured as discreetly as possible. 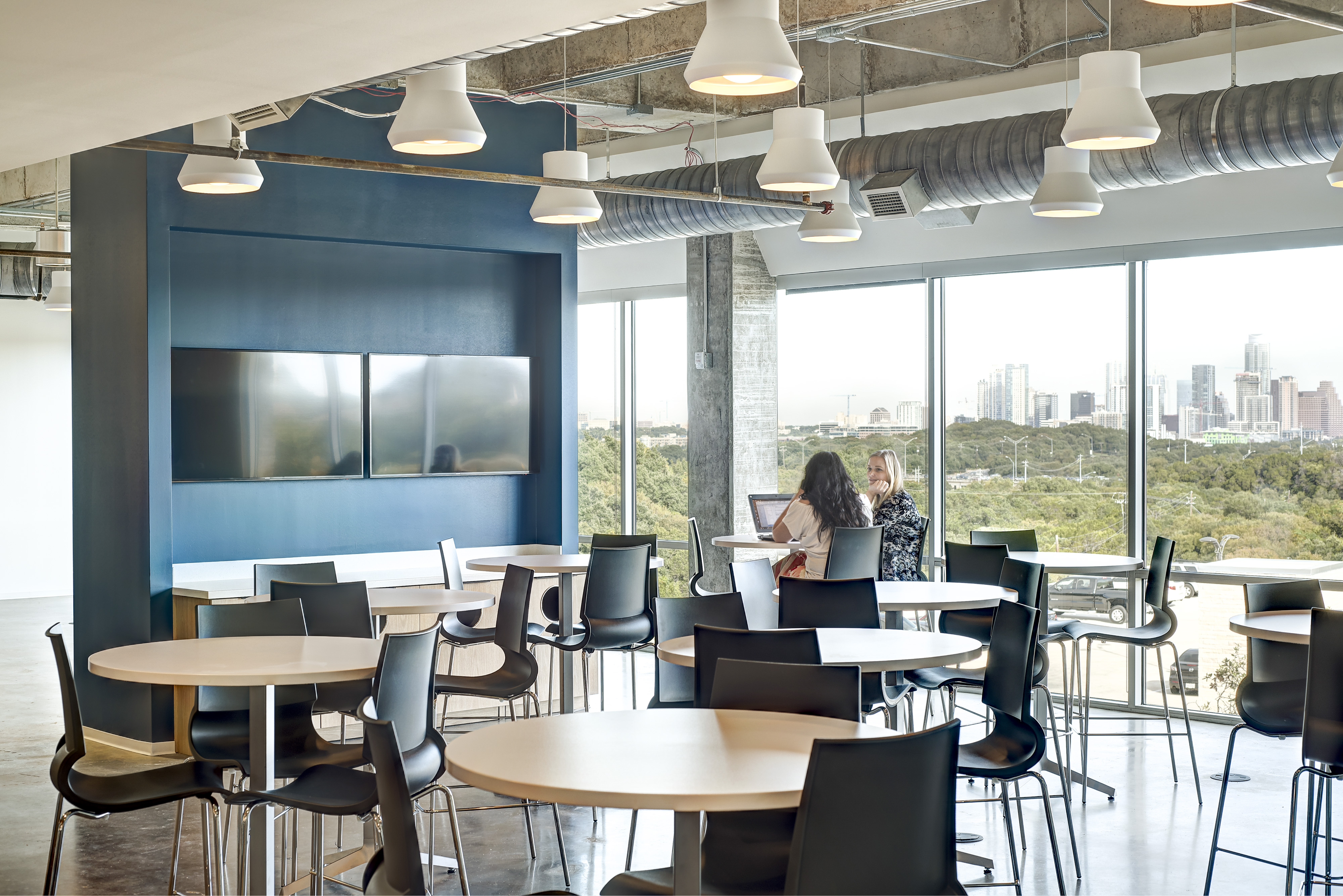 A view that shows the cafeteria as well as the Austin skyline. 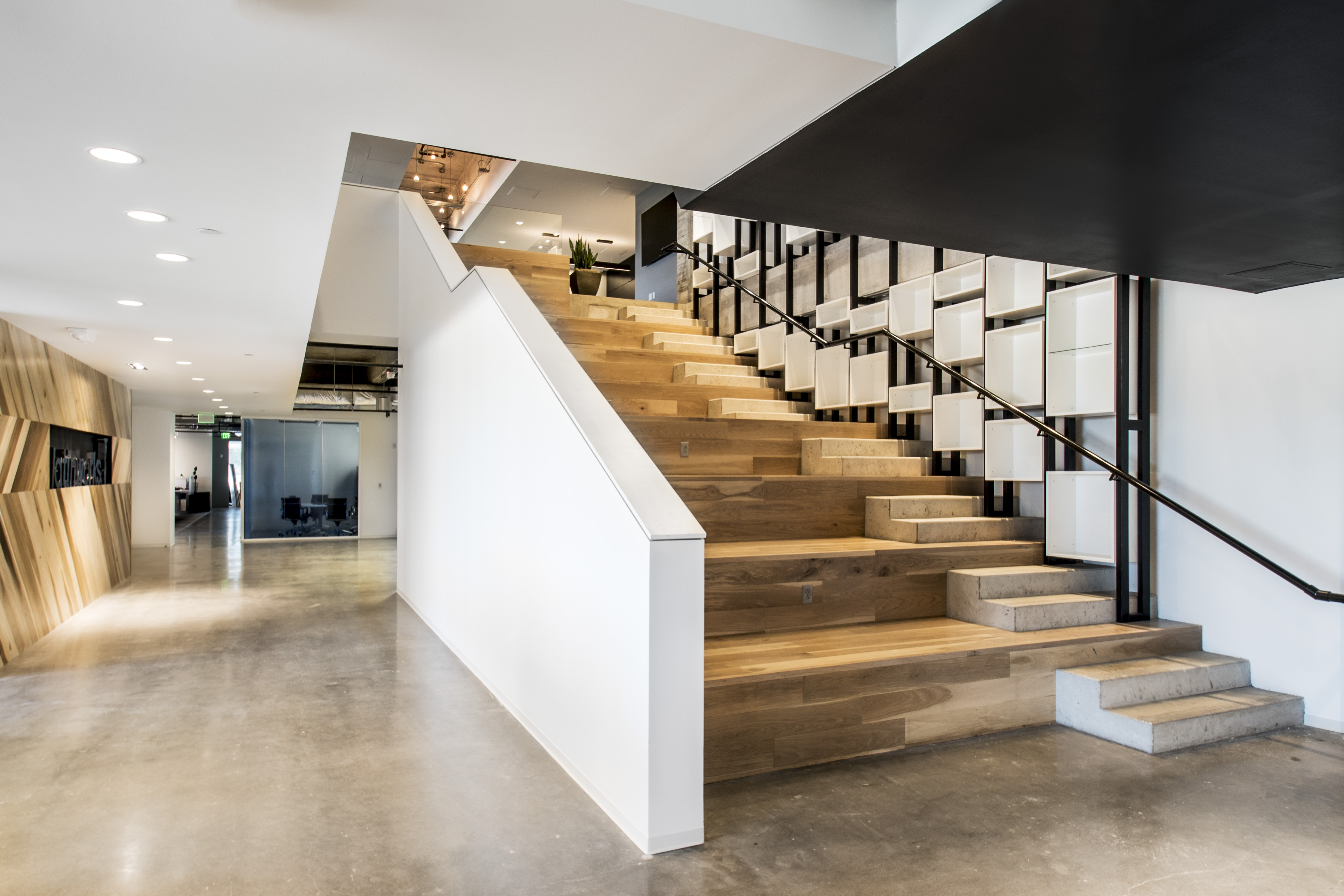 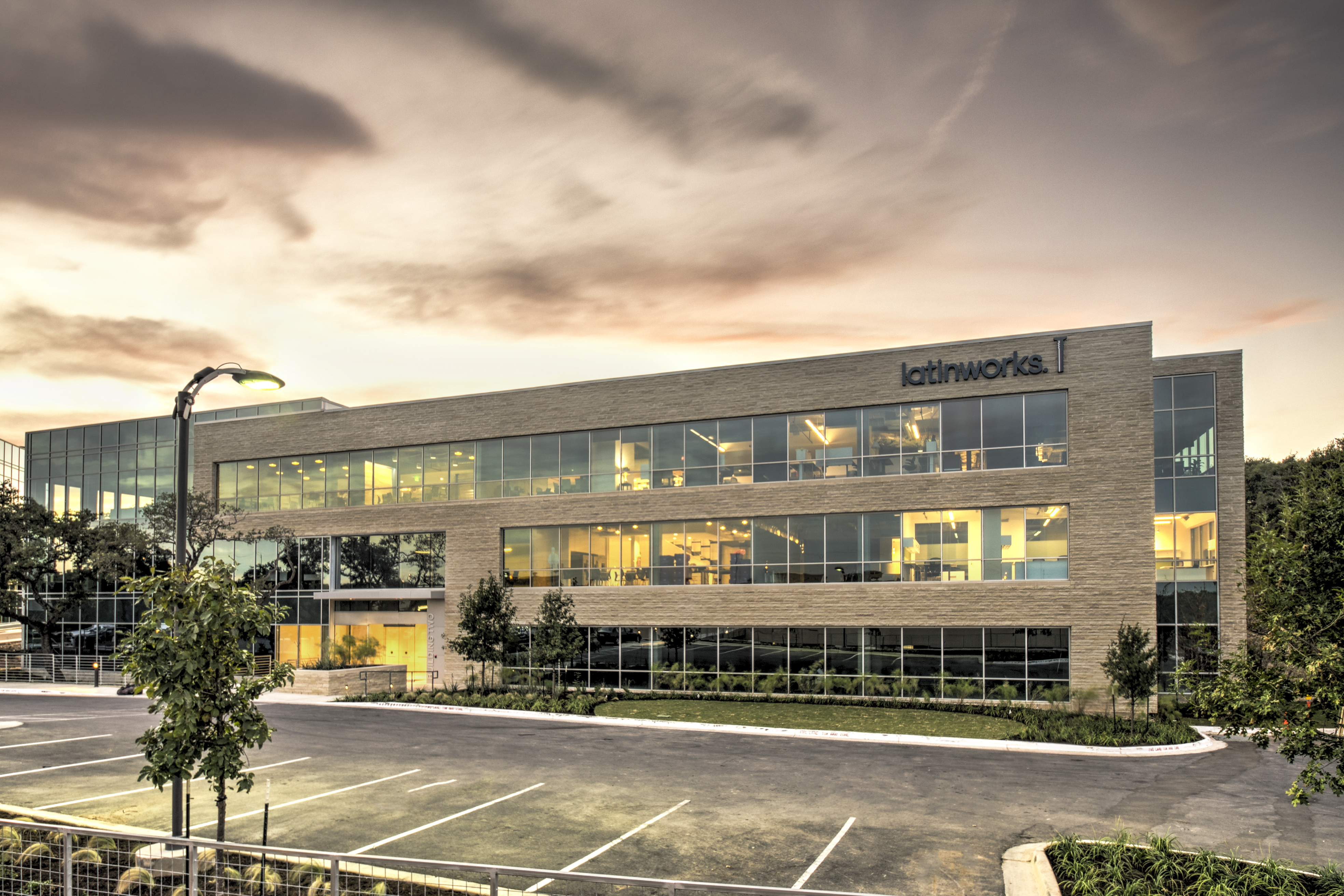