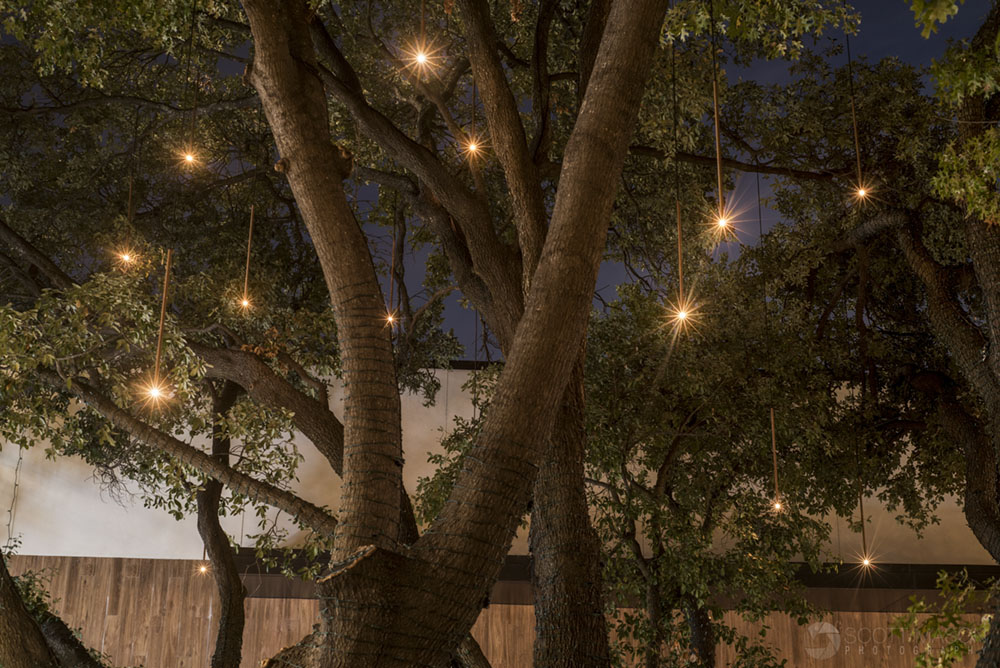 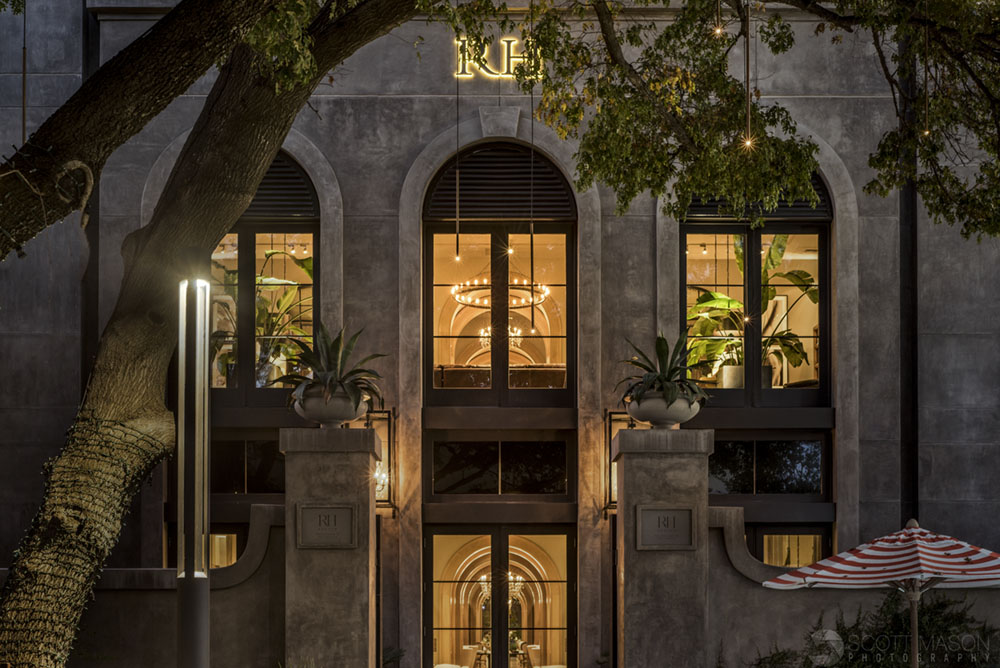 I recently was hired by an exterior design client of mine, Kelly Francis Illumination to photograph a large installation he did at the Domain on the north side of Austin.  The Domain is Austin’s ever-expanding Northside development that boasts a variety of upscale shopping, restaurants and even condominiums and apartments.

I arrived early to scope the area out and chat with my client about the proper angles. We took some preliminary, pre-twilight photos that actually ended up being used, like the following one: 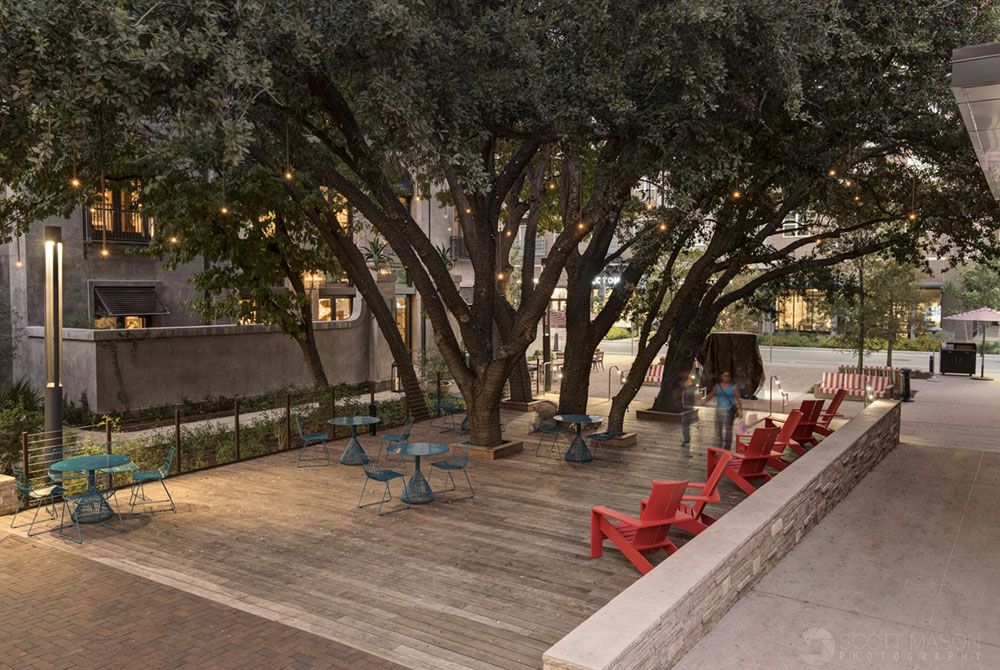 Pre-twilighyt, a nice view with some people walking through.

This was an elevated view from a custom-built pole I created for getting higher angles without the need for a drone.

Next I tried getting some angles from the ground, showing a bit of juxtaposition of the nightlife and the lights. 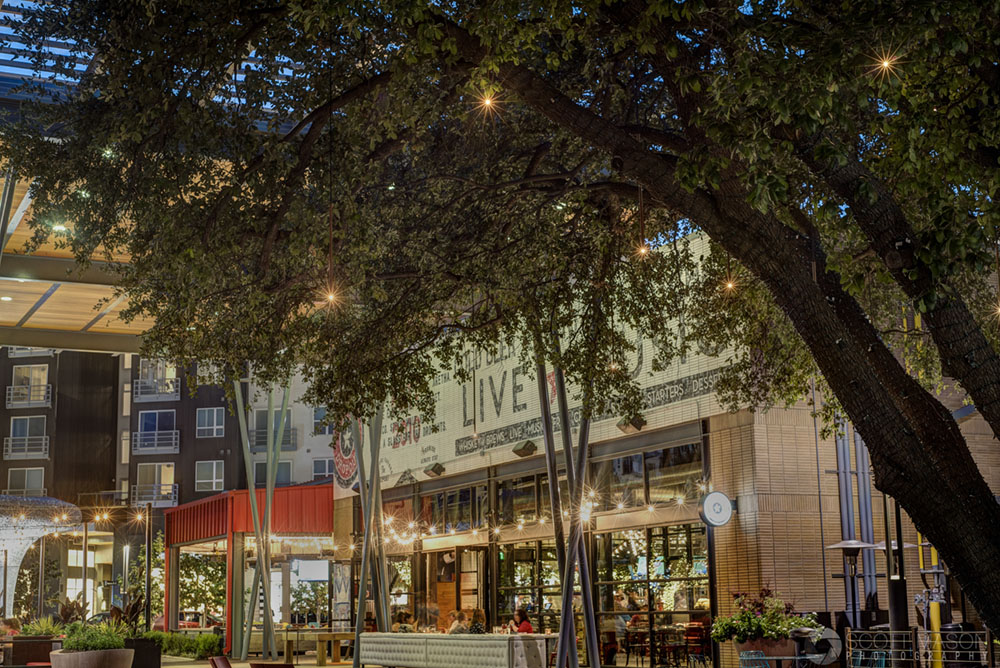 A nice angles that shows both the Fireflies and some Domain nightlife. 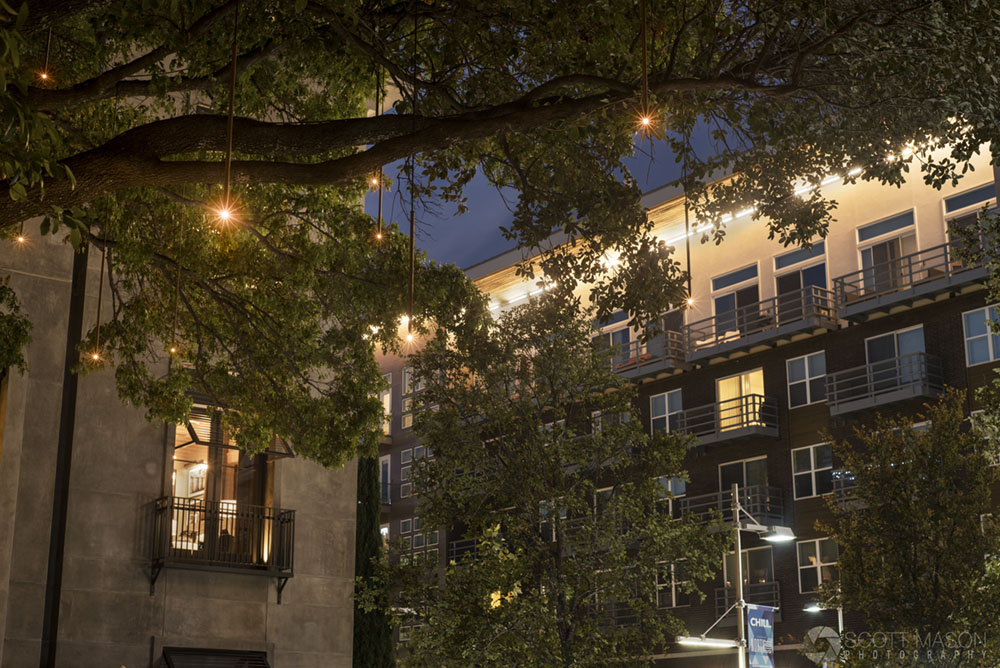 Another angle, with some condos behind them.

I was able to get a view from the second story of Restoration Hardware (seen to the left, above) and capture Kelly the lighting designer in a sort of environmental portrait. 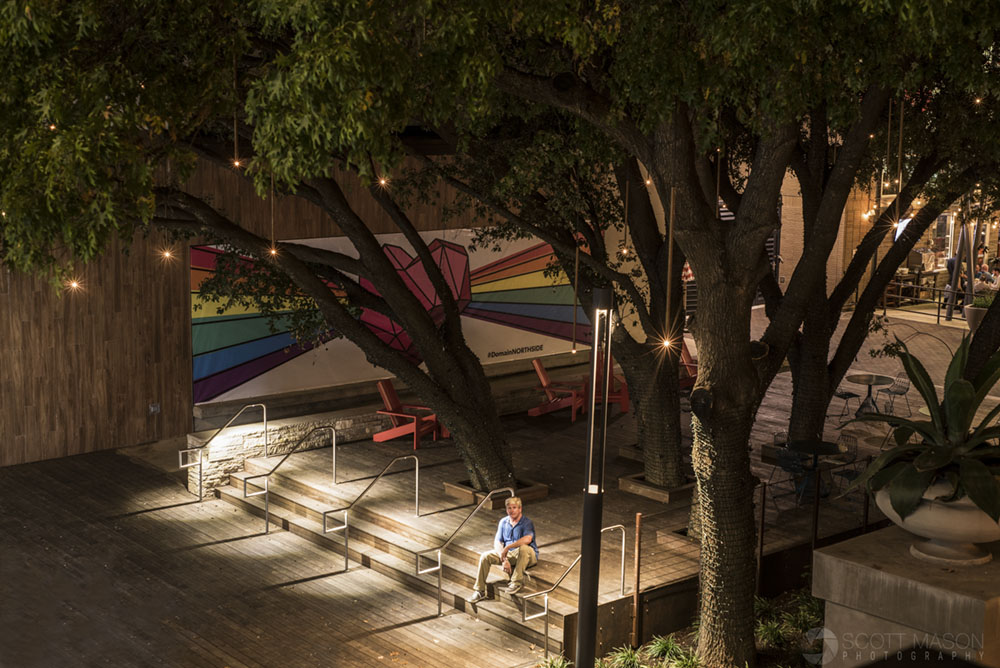 One from the window of Restoration Hardware, with the designer in it.

It wouldn’t be complete without views from the ground however, which is where most people experience the lights from.

My favorite photo from the night, simple yet effective.

And we grabbed one more, this time of the front of the facade of Restoration Hardware with several of the lights in the mid-ground.

The front facade of Restoration Hardware.

Thank you for your interest in this post.  For other posts similar to ones of this nature, please visit the following posts: